Almost all the bikes come with reflectors and so do the questions around them like if they are necessary or do they really work and so on and so forth so i decided to bundle all your questions write on them.

Bike reflectors only work at night. They are often seen as a nausense and are mostly disliked, but some people do like them and they are in fact useful. Bike reflectors don’t have to be the only plastic covers hanging from your bike. You can use strips and other things as well which i will later discuss in the article as well.

Getting down to the first and most asked questions by people do bicycle reflectors work and how they really work.

do bicycle reflectors work & How?

Usually, two main types of reflectors are used on any vehicle or bike

They only illuminate and reflect light at night and are useless in the daytime They are used both with lights on the bike at night and also without them most people take them as completely useless that is completely logical if you use them only in day time but at night they are essential and very useful to have on your bike.

The thing to remember here is that the reflectors are bent at a certain angle inside the plastic cover whether it is a red, yellow, or silver color plastic cover and at a given distance from the vehicle they become dim and almost the same as they do in the daytime.

Bike reflector’s positions on the bike and their respective purpose :

Reflectors can be mounted on any part of the bike frame but usually, the most important places are the front on the handlebar back of the seat post and on the spokes of the rim these are the three common positions that they come with when you buy a new bike or if you had like to mount them on your bike 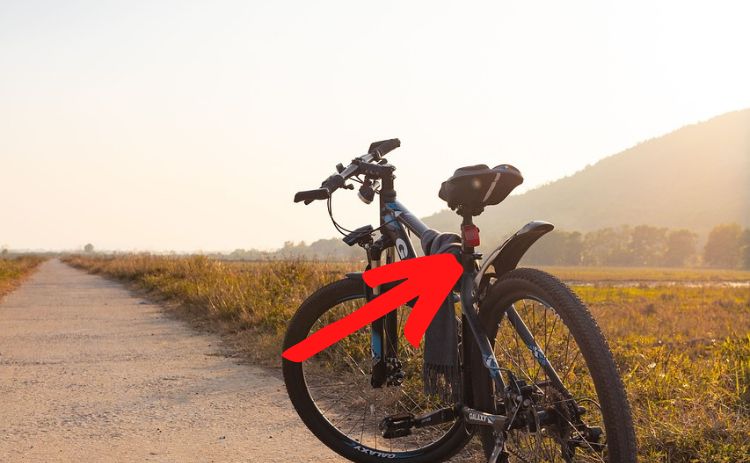 Is it illegal to not have reflectors on your bike?

Almost all countries have laws for reflectors or lights on bikes at night time and they impose it on manufacturers as well, they cannot sell bikes without reflectors If you put lights on your bike then you can take the reflectors off and vice versa

But even if there is no law its compulsory that you ride your bike with some kind of reflector or a light on the front and the bike for your safety and the safety of other readers as well if you are one of those people who dont like reflectors on your bike there are other options such as reflector strips and lights for bikes.

What do different color reflectors mean?

there are 3 main colors that reflectors are usually made

These colors are also popular because they are used on other vehicles as well and people are most used to these colors seeing them on the road but there are other colors such as silver or white used as well which prompt human eyes as well and these days white lights are popular as well so this kind of reflectors can be seen on the bikes as well.

Do you need bike reflectors if you have lights?

You don’t necessarily need reflectors if you have lights on your bike but you must be covered on both front and back and most people keep the reflectors on their bikes as an emergency backup.

What makes a good light reflector?

Light reflectors are needed by law and generally if you don’t like them there are other alternatives such as reflector strips and lights that you can put on your bike if you ride your bike at night if you don’t then there is no need and you can leave them on your bike or take them off.

1 thought on “Reflectors on Bikes | All Questions answered & best reflectors”