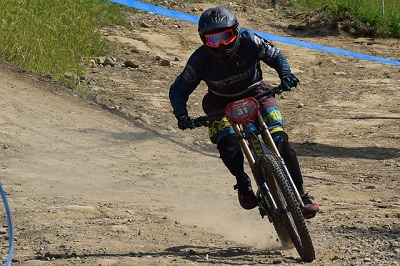 Nitrogen’s use in car tires has recently sparked people’s interest in different gasses top of the list of best gas for tires is taken as nitrogen and many people want to know if they fill their bike tires with nitrogen would they reap the same benefits as in car tires and would bike tires also benefit from it and if so to what extent.

Personally, I didn’t have any knowledge about it either I came to know about them because of my recent interest in race cars, and as it was a topic that I was interested in as well I did some research on it as well and wanted to share both the correct information that’s available on the internet and explains other educational perspective surrounding it as well.

For the people who would want a quick answer as to if the nitrogen in bike tires makes a difference.

Nitrogen in bike tires doesn’t have any benefit over normal air, pure nitrogen is used in tires when they are under a lot of stress or if the tires face very high or very low temperatures (for example in cars and planes) adding nitrogen to your tires won’t affect tires rolling resistance or weight difference either

If you wanted a quick answer there you have it, moving on I will explain why nitrogen is used in race car tires and what makes it so interesting, why bikes cannot reap the same benefits, and why normal air is more than enough for bike tires.

Why nitrogen is used in race car tires and why not bikes :

I wanted to give some background on where the idea for using pure nitrogen came from and how it sparked interest in cycling and motorbiking.

the concept for nitrogen or canned air came because oxygen or other gasses were less responsible for varying tire pressures at high temperatures compared to water vapors, and pure nitrogen just adds a slight value to that nothing more than that but there are some other advantages to it like better heat transfer and lesser heat conduction which makes it better than normal air

This is the reason why nitrogen is used in race cars and some planes usually even smaller planes use normal air because the amount of heat produced during taking off and landing is not that high (in some smaller planes only, not all)

and if you take all these things into account then filling nitrogen in your bike tires is not really beneficial except that you have money and you want to find it out yourself.

Bike tires do not conduct that much heat that you should be worrying about varying tire pressure except that you are using your brakes far too quite often in case you want your rims to heat up other than that be it a mountain bike or a road bike you dont really need it.

And to justify my point more people say (not science) that oxygens molecules are smaller than nitrogen (dia of O2 =292 picometers and dia of nitrogen N2=300picometer source) the difference isn’t much and let’s say that it is even then when you pump your tires every time amount of oxygen should decrease every time and there should be only nitrogen in your tires.  (I took this example only to justify things based on people’s beliefs)

Some gasses like carbon diffuse into rubber to that extent we can say that carbon can be responsible for lower pressure but in the air, it’s already in so less amount that it’s negligible.

but pure nitrogen can be beneficial for some people the point is filling your bike tires with nitrogen is not utterly useless it is useful but not to an extent that you would feel a difference.

How nitrogen can be advantageous for some bike tires :

As I have already explained above that nitrogen is beneficial to fill bike tires but not to an extent that there isn’t a noticeable difference but for some tires, it can be beneficial

Tubeless-ready tires or conventional tires can benefit most from the nitrogen or tires that lose air far too quickly and you need to fill your tires far too quite often.

Also, old tires can benefit more from nitrogen if you are trying to hold on to the old tires which are worn out nitrogen can prolong their use to some extent.

another use can be if you are traveling long distance but then again if you are off-roading then there is a chance that you might get a pinch flat that would just be not good.

How much nitrogen costs :

This is another reason people usually avoid filling tires with nitrogen its just not the best trade for people who don’t really need it in bikes but for some people who had like to experiment they can use it and maybe even find better results.

Where can you find nitrogen to fill your tires :

Mostly in US and Canada, there are many nitrogen filling stations that you can find on the map, and it’s readily available unlike some other gasses because it’s already present in the air in abundance.

There are also pumps out there that can filter oxygen but they are not really useful in regard if you are wanting to maintain the tire pressure because vapors will still be inside the tires so it wouldn’t good any good but of course, you can buy those for your bikes if you want to and they will save you a lot more money.

The benefit you get from filling tires at a dedicated filling station is that the concentration of the vapor will be next to zero or very minimal which is the whole purpose of filling tires with nitrogen.

How long nitrogen will take to escape from bike tires :

Nitrogen molecules are almost the same size as oxygen but they are a little bit larger than that so that would make nitrogen last longer in tires than oxygen and it would also mean that oxygen is leaving tires more often than nitrogen so ideally, you would always have more nitrogen in your tires than oxygen

and if you take that into account you wouldn’t really see much of a difference in nitrogen leaving tires than normal air of course when you will pump air and nitrogen in separate tires for the first time nitrogen will take longer to escape but the duration eventually they will catch up with nitrogen being on the difference of lasting 1 or 2 days longer of course.

Nitrogen is no more than a myth for bikes only course it has no real benefits except in some tires which are really porous or badly worn out other than that there are no real benefits to filling nitrogen in bike tires.