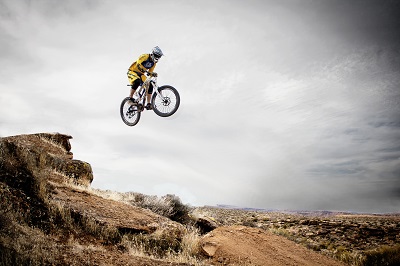 Cannondale started back in 1971 with Joe Montgomery and Murdock MacGregor the company saw a fair share of ups and downs while the original owners may be no more the owners but the company managed to survive and for some who could see the sudden death of Cannondale the company managed to survive and become world-famous, but not for what it started out to do but instead ended up making bikes and earning quite a name for itself.

Let’s take a fast lane to the river of history it is a very brief history to not bore the readers, if you had like to read the whole history you can check out Wikipedia almost all of the research came through Wikipedia.

Cannondale was never lost and rises to glory again :

Cannondale was originally manufacturing and assembling the bikes in the US later its bikes would be manufactured in Taiwan and Netherlands.

Cannondale continues to improvise the quality of the bikes they produce and keep up with the competition one of their latest models scalpel carbon SE 1 new carbon model earned a design and innovation award in 2020.

did Cannondale ever go out of business:

The Cannondale you know today produces bikes while back in the day it also used to produce motor engines the part went out of the business but Cannondale still produces bicycles.

Cannondale saw its fair share ofdifficulties but till today is the most trusted and renowned name cannondale never stopr producing bikes and through out the year it produce some quality bikes.

Some of the most renowned cannondale bikes were

trigger 29,claymore,jekyle,flesh and more the list is too long to keep up.

Cannondale stealing the show in 2020 :

Cannondale once again appeared in the healines of the world when it earned a design and innovation award in 2020 with their new scalpel carbon SE 1.

After so many years of struggles and bouncing cannondale was flying around like a cannon ball but for now it seems stable and keeping the trust of its customers.

This is how cannondale went from being bankrupt to gaining world fame.

Here are a few of the bikes that you might like from cannondale from a price prespective and quality prespective these are my best picks check them out if you want to.

Cannondale’s trail series bikes are really good as entry level bikes the prices and bike quality is spot on, specially

great entry level hartail with a XCT-100m suspension and a 8-speed drive train costs around 760$, aluminium alloy frame and is fairly lighter. Its bang on quality for price. If you are looking for something more stable and sturdy than you can check out cannondales trail 5.

Trail 5 has XCM-100mm suspension just like trail 7 has a 10-speed drive train is also made from alloy the hedtube angle is great the traction on trail is great as well. trail 5 costs around 960$

Heavy both of these models although are great for entry level bikes but they are a bit heavy and the other con is the suspensions not a great fit for the bike so you might wanna know that before actually buying it.

If you have cash to spare and you can go after big fishes than this is it F-si carbon 5 its simply a beast with a carbon frame light,agile, swift, slick with a 100 mm fork 12-speed drivetrain its an xc bike the price does really stands out though 2700$ well that cant be helped its carbon we are talking, the price is high for the value but if you are a competitor and trynna shave those seconds off or if you want something comfy than this is your safest bet.

Because it has a carbon frame it has damping lesser vibration the frame absorbs the vibrations, its a DH bike and one of the best in my list.

Another one of the cannondales best if you are looking for a bike to throw around this is it habit 5, its made for aglility fast moving tracks,jumps, wheeling stunts anything you can imagine and unlike the Si carbon 5 its frame is made of aluminium with a 140 mm shocks if you have a playfull spirit it will resonate with you but its also on the expensive side around 2500 but better.

One thought on “Cannondale Short history and brand review”