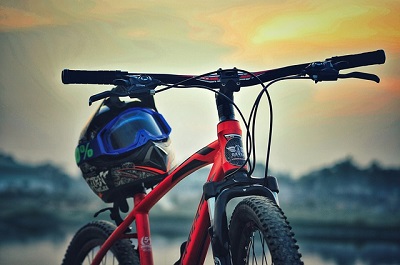 Carbon frames have been talking of the town for more than 6 years now and from the very moment, they were released companies have been pushing carbon frames to the point that it has turned into a discussion and no doubt it is taking the market over.

For the last few years, there has been a significant increase in sales and we can see many companies and buyers are starting to think that carbon fibers can be the next normal, meaning that they will take over both aluminum and steel.

But things are not what they always seem and we have experienced it many times. while the carbon frames look promising for the future many bikers think otherwise there are a lot of insecurities about carbon frames among the buyers and companies have to first clear that step to make it the new normal.

While I am not an expert on the topic but I will try my best to explain if the carbon frames are worth it and their pros and cons as well.

While there are many speculations as to when the first carbon frame mountain bike was made most say it was around 1980 but still those are just speculations and no one knows for sure.

but it gained popularity in mountain bike frames until recently because carbon fiber had been studied more since then and is much more known about it now, and manufacturers think this might be the future of mountain bikes and ultimately an alternative for aluminum and steel but that’s still far fetched since the research is not yet complete and there are many loopholes that cant not be ignored.

Are they worth it? :

To answer this question first take a look at the pros and cons of carbon frames to understand them better and make a decision based on our findings.

I will explain both the pros and cons briefly, but here they are for quick review.

Carbon frames are lighter than other materials used in bike frames like aluminum and steel but it’s not a given carbon frame can be heavier than aluminum frames we say it’s lighter because its carbon fiber is lighter in density not necessarily the frames made from it are lighter.

But most of the frames made with carbon fiber are usually lighter than other materials used to make frames, but the difference is in most cases unnoticeable in “mountain biking” they show far greater results in road bikes.

They show little to no difference in mountain biking for their weight difference because of the nature of the support it can be noticeable or make a difference at the professional level but a regular mountain biker doesn’t benefit much from the extra loss of 300-400 grams of weight loss.

Stiffness improves the bike maneuverability it becomes much easier to cut corners at high speed it helps with skitting and better control but just like the weight the stiffness is also a subject to a very minimal difference, we are not talking about it from the lab results we are talking about the real-life results on trails once it’s converted into a frame and used on trails.

Carbon fiber supports different variations when the frame is being built so the manufacturers can adjust how stiff the frame can be they can alter damping weight and almost control everything.

That’s a really good thing it means that the developers can give different frames different attributes usually there is a standard but you can be sure that without you knowing it is going through a lot to improve your riding experience.

Carbon frames make more noise under normal circumstances they behave just like other materials the sound may be different but they are not silent, but carbon frames tend to have nuts and bolts loosen quicker and that usually ends up making cracking noise and other noises.

So if you were hoping that carbon frames are silent, they are not in some cases you may notice them making noise more than frames made with traditional materials.

The durability of the carbon frames is questioned a lot and for good reasons as well, aluminum or steel frames can take a hit in an unfortunate accident, and in most cases, they come bent or squished that can be fixed but carbon frames case things are not yet clear if they take a sever hit they can brake to an unfixable state, and that is one of the big turns off of the carbon frames as well.

Carbon frames can be fixed if they are cracked or some piece gets broken on the bike but the problems are high maintenance costs carbon frames maintenance cost can be from 300$-1000$ whereas aluminum and steel or other frames cost is a lot less compared to them.

There are 2 main reasons for carbon frames’ high maintenance cost one they cannot be fixed at home and are hard to fix and the other is material diversity or knowledge of the material. and another reason is the tools to fix these cracks are not yet available on smaller scales so it almost goes back to the manufacturer companies which charge higher than local mechanics.

Carbon fiber is good for the environment but the problem lies with its production it costs more than 14% of the energy used to make or refine steel that number gets bigger on global scale since you may be pulling carbon out of the atmosphere to reduce it but you are producing 14 times more to fuel it, so it has not yet become a viable green source material.

There are other problems like recycling the carbon fiber which is really hard and solutions found so far are really expensive.

carbon for frames for mountain biking is not worth it,the prices are higher compared to efficiency you can save that maney to invest on yourself or on your accessories, while for the future it maybe that they are the next big thing since alot of big companies are working on it.

but they may be in the future because the research on carbon fiber is not complete to understand this better here are some things that I think are stopping carbon fiber from taking over steel aluminum, and alloys.

It is not certain even after so many years of its introduction that they will be a better alternative for the future, the research on the subject is not yet complete and progress is really slow so there is no certainty that they may or may not be available in the future while the research is going on and scientist say that it shows great potential but it’s still uncertain what the end results will be.

Speaking specifically in the cycling area and mountain biking carbon has not yet seen its bloom in the industry, as the research is not yet complete and the production costs of the materials are higher than efficiency a lot of customers are avoiding it, it can be that in upcoming years they stop the production of carbon frames altogether but nothing is clear at this point as the research is not complete and scientist have yet to find a way to decrease the overall production costs of the material.

When the carbon frames came out expectations were really high regarding the material, But as soon as they came out there was a plunge in all that since customers didn’t see an immediate efficiency boost a lot of people in mountain biking were expecting carbon frames to perform over the edge but due to the incomplete research and high prices and the total efficiency being almost the same the notion soon broke down causing the plunge.

While carbon frames do show a promising future in the road bikes and other road or street bikes the results were not the same in the offroad sections and to top it off the higher efficiency expectations also affected the newly found alternative.

All of the offroad vehicles or cycles are bound to get pretty decent beatings since anything can happen in the wild or on the rough trails, but I guess the manufacturers didn’t pay much attention to that area while carbon frames are really strong tough, and light but if you are off-roading you are bound to get into some accidents here and there and end up breaking somethings and exactly the same thing happened to carbon frames.

They taking the beating very well on trails in fact they seem to not even budge in accidents but if they do then even a little crack can be fatal to the whole frame and fixing that little crack costs alot that too became a leading factor to loose people interest in material as well.

Future of carbon frames in cycling and mountain biking :

The future holds great promises in carbon frames for cycling and mountain biking, because alot of research is yet incomplete and alot of big companies have started taking interest in it like space x from elon musk and the progress that neglible in the past decade has taken off quite well and it is showing promise as well.

New discovries are being made everyday and hopefully soon they will figure a way out to reduce the prices on the production of the material as soon as that happens you can be sure that its going to storm the market and the prices we see today will go way way down, so the future still shows hope and great potential its too soon to think that caron fiber is going down.